You read in our latest post about President Trump’s original plan to repeal and replace the ACA and a lot has happened sense then.

On Thursday, March 23rd, Trump gave the House an ultimatum. He told them to stand behind his plan to repeal and replace the ACA, also known as The American Health Care Act, or everyone will be stuck with Obamacare. The week leading up to this was filled with many heated conversations about what should be included in the plan vs. what should be taken out. Trying to appease all in the Republican Party some drastic changes were made and ultimately this was the fatal flaw that caused the bill to be pulled. When it was time for the House to vote on Friday, March 24th, the bill was pulled for lack of support. A key reason many suspect the bill lacked support was a last minute change resulting in the federal standards for minimum benefits (such as mental health and maternity care) were eliminated. Paul Ryan, House Speaker, stated “We are going to be living with Obamacare for the foreseeable future” and Trump announced he was moving on to different issues. 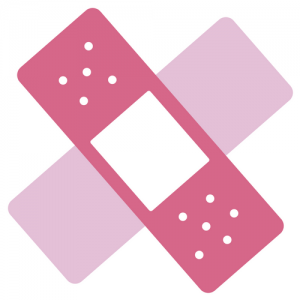 The spirit of defeat did not last long however. Trump announced he was back fighting for his health care reform a week later. The reason for this he said is that in order to properly handle the tax reform, the healthcare reform needed to happen first so they can get a good understanding on where finances stand. Trump is attempting to make compromises on all sides so that he can get Obamacare repealed. He offered to keep Planned Parenthood funding if they stopped performing abortions, but they declined this offer. He also threatened to take away money from health subsidies that help low income people pay their copays and deductibles who are on Obamacare in order to get the democrats to negotiate with him. Even with all the ups and downs surrounding the healthcare reform, republicans are confident the bill will pass this time around… and even sooner than we may think. Glen Allen (VA-REP) who is a member of the Freedom Caucus that undermined the proposal previously stated, “Within a few weeks, I think D.C. is going to be a little bit shocked, we’re going to get to yes.”

Who can say where the ACA repeal and replace will go from here, but we will keep you updated along the way. Remember to subscribe to our blog to stay up to date on the latest healthcare and medical billing news!

What do you think will happen to the healthcare law? Leave us a comment!

NCDS is more than a third party medical billing service… We are a family owned company that packages experience and technology with an individualized, business approach to your billing and revenue cycle needs.